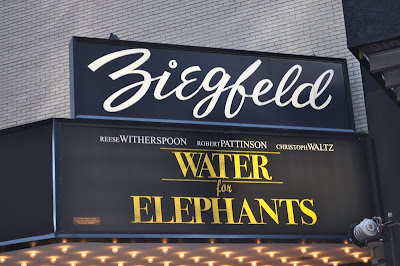 We were lucky enough to be on the red carpet at the Water for Elephants world premiere in New York April 17th, and we have the goods to share with fans. As we made our way there, TV reporters were already broadcasting live from outside the Ziegfeld theatre. They talked to fans who had spent the night in hurricane-like conditions (not kidding) for their chance to meet Rob. 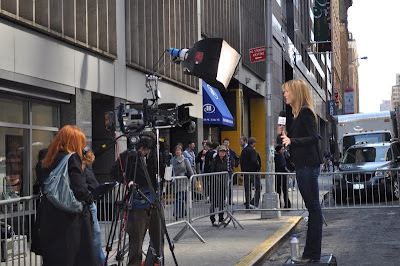 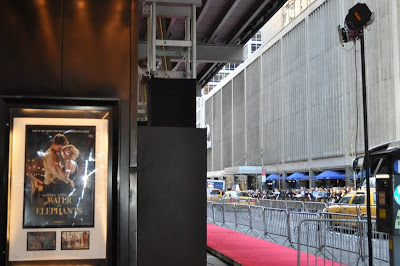 While we waited to be allowed to take our spot on the red carpet, we could see cameras going up and down the line of eager fans waiting for the cast to arrive. And then it was our turn to start getting nervous. 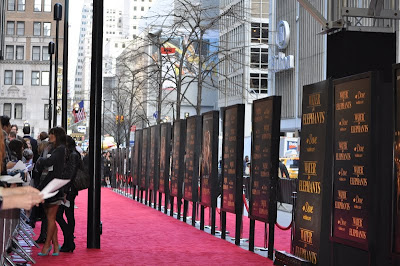 We were standing towards the end of the carpet, sandwiched between two celebrity online sites. A Fox representative came over and explained that we'd likely have to ask group questions, since the cast would not have time to talk to each site individually. It wasn't long after that, when we heard the screams. Anyone who's been to Rob's film premieres knows that's the signal he has arrived. He showed up early so he could spend more time with the fans who had spent a night in the elements to see him. As he slowly made his way down the line of posters and books to sign (with traffic behind him and an army of bodyguards around him), all we could do is watch from across the street. 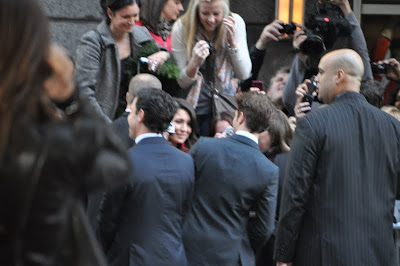 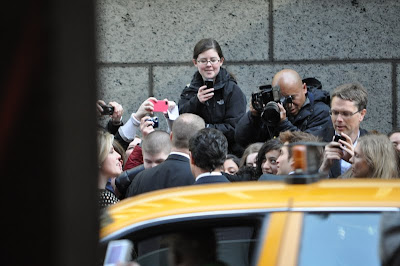 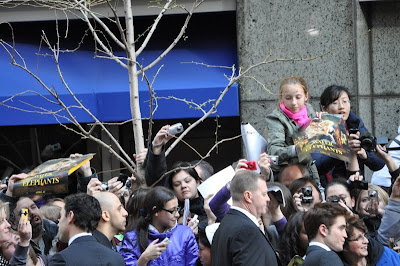 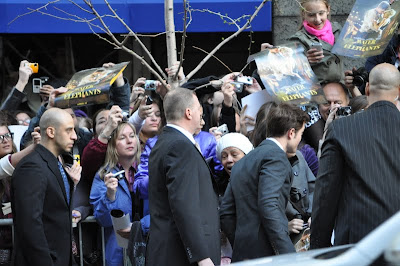 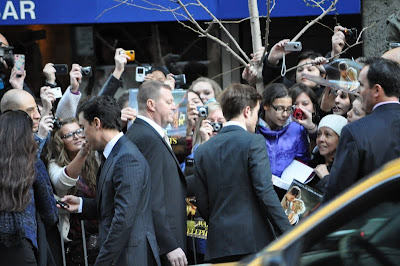 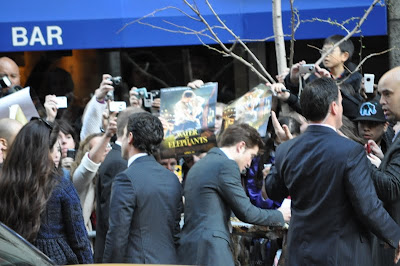 As we waited for Rob and the rest of the cast, other VIPs started walking the red carpet, including his gorgeous family. 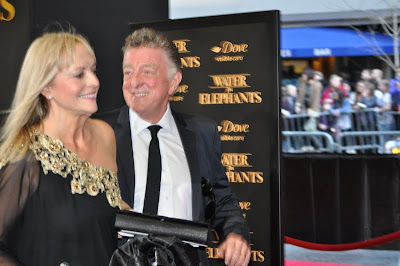 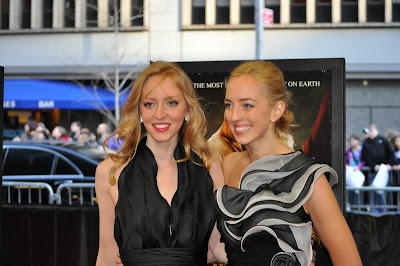 They were followed by a familiar face. Couldn't place her at first.. then we remembered. Kasia from the latest season of America's Top Model. 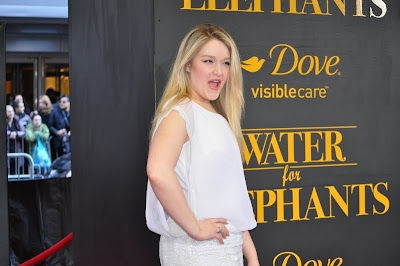 Wait, does this mean she won??.. not enough time to ponder that burning question because that's when the cast began walking down the carpet.

First up, Mark Povinelli who plays Kinko (Walter) in the film. He was awesome to talk to, and shared a funny exclusive behind the scenes story involving Rob and Queenie. He later talked some more about working with Rob. 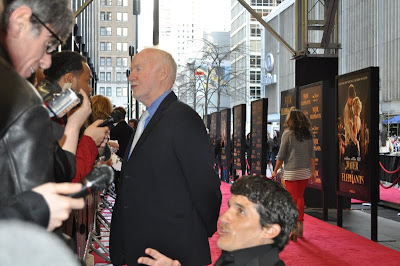 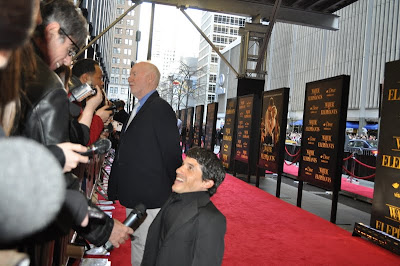 We also spotted Jim Norton (Camel), but didn't get a chance to talk to him because he passed us while we were talking to Mark. We did catch up with top coochie girl Donna Scott, and she had plenty to tell us about her flirty scenes with Rob. 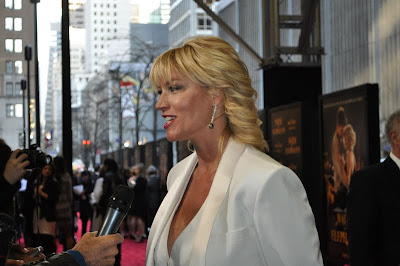 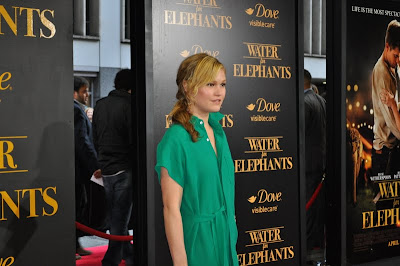 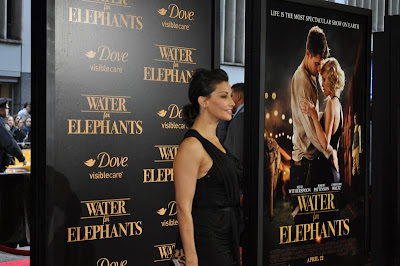 Then came other guests including Julia Stiles and Gina Gershon. Michael Strahan also walked the carpet with the lovely Nicole Murphy. He stopped to tell us why he was excited to attend the premiere. 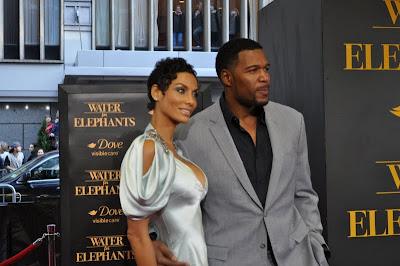 At this point, we knew the arrivals were running late, it was already past the time when the screening was supposed to start and still no Rob in sight (he had spent most of his time with fans across the street). Just as we began to get worried, the heavyweights got closer.. starting with Christoph Waltz. 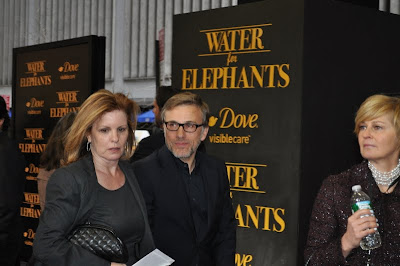 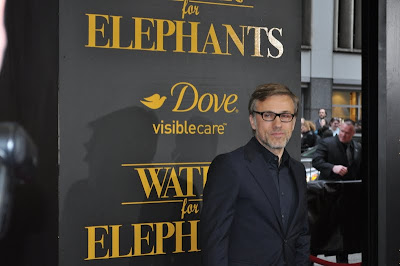 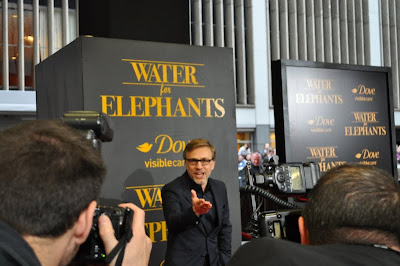 He's quite intimidating, as you might imagine. We didn't even dream about approaching him, after this exchange with a reporter that was standing next to us. We're sure he's a super nice guy. 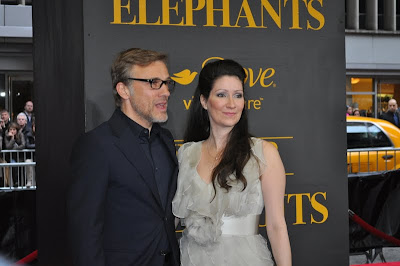 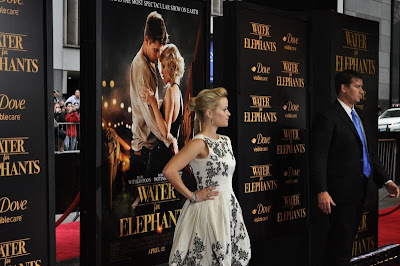 The last stop before the stars entered the theatre was in front of a group of photographers from different agencies. So as Christoph, Sara Gruen, and Reese Witherspoon made their way to the end of the carpet for a group picture, Rob was still far behind. With some time left until he got to us, we had a chance to interview Ken Foree (Earl) who joked about 'handling' Rob.

And then came the big moment.. Rob talking to us about how he prepared for his role as Jacob.

Director Francis Lawrence and Hal Holbrook joined in for one last set of pictures, before heading in to watch the film. 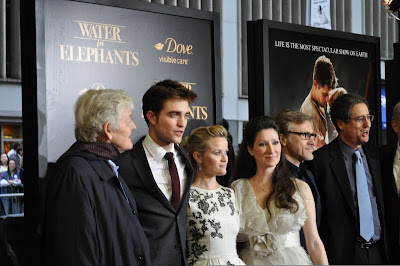 We walked away with a souvenir from the screening, and a lifetime worth of memories.
Go see Water for Elephants!