NOTE: We will keep updating this post as we get more info and pics. So keep checking back! Show airs June 23rd!

Rob being Rob, and signing for his fans

Rob talks about his stoli shirt 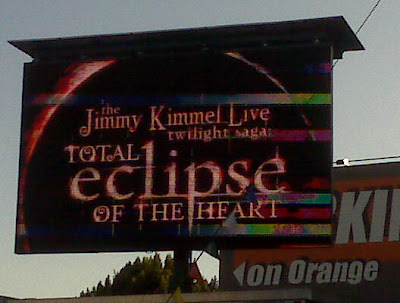 Look at the stage

Cast surprising the audience at the special Eclipse screening 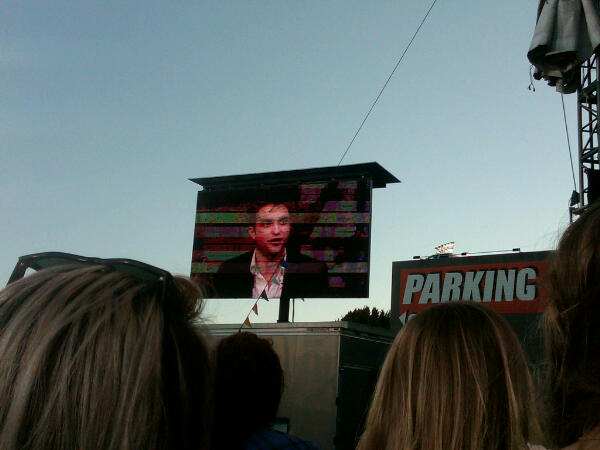 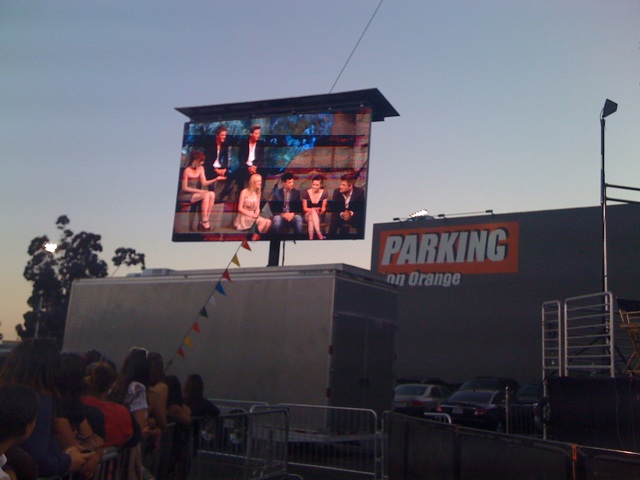 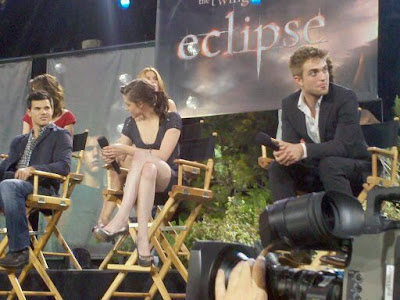 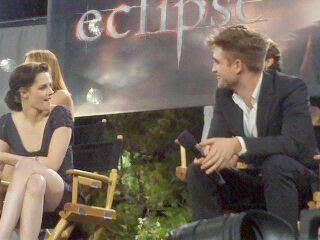 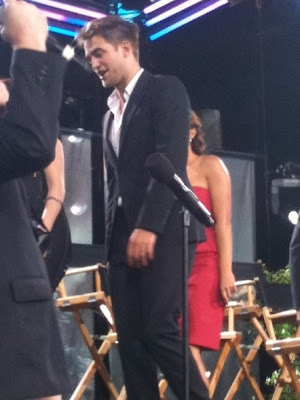 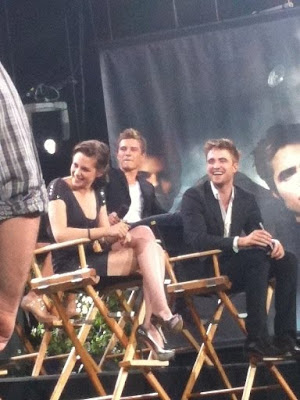 @caclb #jimmykimmel says "you guys r all literally on top of each other all the time. well not literally"

@caclb: #jimmykimmel Kristen and Taylor sang karaoke in s Korea! The climb and party in the USA! So she IS a #miley fan!!!

@PurpleBrina17: Rob is wearing a dark suit with a white shirt under it! Kstew is in a purple skintight dress black heels! Taylor is in dark suit! #JimmyKimmel

@gittsy: Tay talking about spandex suit. Intimate petting scene. K has a pet, says it was weird to make scene

@caclb: Rob: the wolves weren't allowed to have genitalia

@gittsy: jimmy suggested kiss R & T pretended to go in for one lol

@caclb: Surpising the screening across the st http://tweetphoto.com/27297211

@KStewOnEllen: LMAO rob said all wolves are nuddered but the vamps are all there

@PurpleBrina17: When Jimmy Ask then for a onscreen kiss, Kstew pushed Rob and Taylor's Head together! LMAOO #JimmyKimmel

@infektion: Rob talked about the wolves having no genetalia and that's why it's a PG-13 rating

@caclb: #jimmykimmel just took the pants off the rob and Taylor's Barbies!

@gittsy: Bryce talking about her dad asking rob for pic for himself & not telling her cuz she would take it. Lol

@gittsy: Xavier was attacked by raccoon. Was very aussie about it

@gittsy: They're all talking about playing the board game

@PurpleBrina: So far we have seen a few clips of the movie! And a lot jokes with the cast about the dolls have no "boy parts" Jimmy said he keeps Jacob doll in his pants #jimmykimmel

@DianaMelR: Omgggg jersey shore cast did a "what if they did have the original cast of twilight" omggg its pretty funny.

@KStewOnEllen they asked rob about the Stoli shirt and he said he lost it or a fan stole it, one or the other

@KStewOnEllen oooh! and you know all the rips on the Stoli shirt and the patches?! His mom tried fixing his shirt so that was her work :)