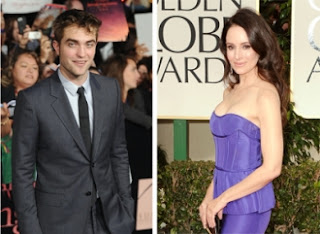 Madeleine Stowe has confirmed what she had hinted at during previous interviews, Rob is now too old to play the role of Phineas in Unbound Captives:

“I love Rob so much, but he is now a man!” said Madeline. “And he was kind of a boy when we first got into this film, so we are on the hunt for a new Phineas right now, that is the piece of casting we are concerned about because Rachel Weiz is a part of the film as well. Thank you so much for asking.”

So no Comanche-talking Rob after all. It will be interesting to see who is cast as his replacement. In the meantime Rob has plenty of roles coming up including his take as Rey in The Rover, which has him trying on a southern accent. As they say in the South (we did our research): "Do go on, you sweet-talking thing".