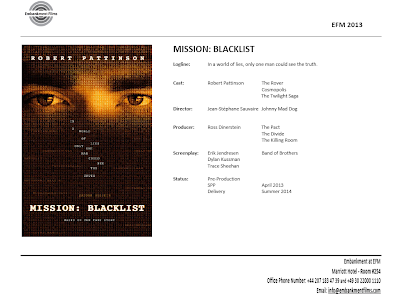 When Rob was confirmed for Mission: Blacklist last year, one of the first things that struck us as odd, was when he mentioned Iraq as a possible filming location (end of the clip).


Yes, the story is about the fall of Saddam Hussein, and filming there would have been a great asset, but the country is a very dangerous place for Westerners, let alone a movie star. So we kind of figured that was not going to happen. Sure enough, Embankment Films just shared an update on their production plans, and they don't include filming in Iraq (via). No word on what location they will use as a replacement, but that's the beauty of movie magic. According to their site, filming will get going in April, with a possible release in the Summer of 2014. As for how the news affects the Map to the Stars production supposedly set for May in L.A., we'll just have to wait and see.

For now, check out some of the Hussein palaces that may make a cameo appearance in next year's film.