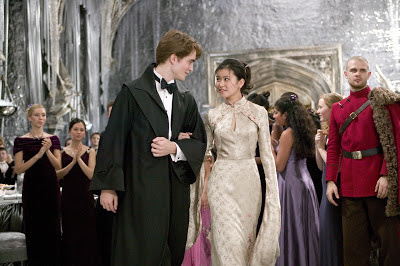 Be the Red Carpet magazine had a chance to interview Harry Potter and the Goblet of Fire director Mike Newell, and he had plenty to say about Rob:
BTRC: You worked with Robert Pattinson before he was The Robert Pattinson, do you think you have an eye for talent?

MN: Erm, I don't know if I do. He was obviously good for the movie, he looks like the kind of fighter pilot, the head boy who will go out into the trenches on his second day. He just had that thing. He's a brilliant vampire! He's really good, he's a sweet guy, and he's a clever guy, he's not a dope at all!

It's always nice to hear that Rob leaves a great impression everywhere he goes :)

Email ThisBlogThis!Share to TwitterShare to FacebookShare to Pinterest
Labels: All About Rob, Harry Potter, Sweetheart