Rob's Costar On 'The Rover' (Kinda) Talks About The Film 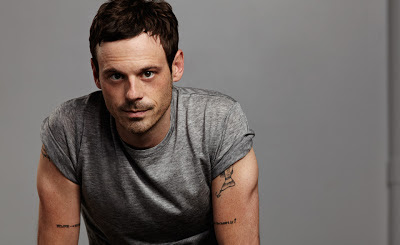 Movieline got a chance to catch up with Scott McNairy, who will be working with Rob on The Rover. He didn't give up too much information, but what he did say has us intrigued!

So what's next for you?

I've got about two or three scenes in Promised Land that just came out. And then a movie called Twelve Years A Slave that Steve McQueen directed. Brad's in it, and Michael Fassbender and Chiwetel Ejiofor. I'm working on this film right now with Liam Neeson and Julianne Moore called Non-Stop. Then I'm off to do this movie called Frank with Domhnall Gleeson and Michael Fassbender. And after that, I work with David Michod, who did Animal Kingdom and is really close friends with Andrew Dominik. It's with Guy Pearce and Rob Pattinson. It's called The Rover.

Is it going to be as intense as Animal Kingdom?

You know, I don't know the direction in which David's taking it, but it's a futuristic western that takes place in the Australian Outback.

Can you talk about the character you play?

I play Rob's brother. If I say anything else about it, it gives it all away.

Now we really want to find out more about this film. Stay tuned for updates as production gets going next month in Australia.

Email ThisBlogThis!Share to TwitterShare to FacebookShare to Pinterest
Labels: costars, News, The Rover