Critics Look Ahead To 2013: Two Rob Films On Their Watch List 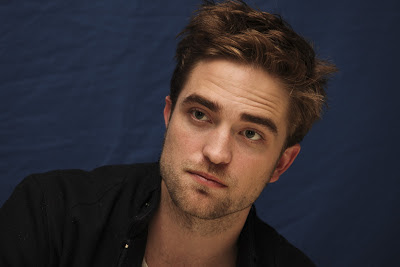 The critics over at Indiewire have put together a list, of the movies they are looking forward to watching in 2013. While we're not sure they'll be released in time for their proposed deadlines (2013), we are happy to see them as excited as we are, about Rob's upcoming projects:


"Map to the Stars"
Director: David Cronenberg
Cast: Viggo Mortensen, Rachel Weisz, Robert Pattinson
Distributor: None as of yet.
Release Date: Very likely to premiere in Cannes or Venice or Toronto, with a deal and release date to follow.
Why Might It Be a Must See: Whatever you think of Robert Pattison becoming David Cronenberg's newfound muse, their second collaboration in as many years looks mighty appealing. The long-delayed "Map to The Stars" also brings Cronenberg's other righthand man Viggo Mortensen along for the ride (as well as Rachel Weisz), and is said to be a complex Hollywood satire...  It's also the first film the Canadian director has actually shot in America. [Peter Knegt]

"Queen of the Desert"
Director: Werner Herzog
Cast: Naomi Watts, Robert Pattinson, Jude Law
Distributor: N/A
Release date: Nothing yet.
Why Might It Be a Must See: Just because he was recently seen onscreen as the villain in "Jack Reacher" doesn't mean Herzog has sold out. Every since "Rescue Dawn," the kooky Bavarian filmmaker has entered a compelling new stage with the narrative side of his filmmaking career, delivering bizarre, discursive dramas (can anyone really explain "My Son, My Son, What Have Ye Done?") with the same loony poetry that often spills out of Herzog's mouth (that iguana bit in "Bad Lieutenant: Port of Call New Orleans" was something else). Herzog's new movie looks like a consolidation of his life as an adventurous documentarian and oddball fiction work: The movie stars Watts as legendary explorer Gertrude Bell and Pattinson as "Lawrence of Arabia" author T.E. Lawrence. Herzog tends to bring out the maniacal side of his actors, which means this could be a thrill ride in more ways than one. [Eric Kohn]

Email ThisBlogThis!Share to TwitterShare to FacebookShare to Pinterest
Labels: 2013, Buzz, Map to the Stars, Queen of the Desert