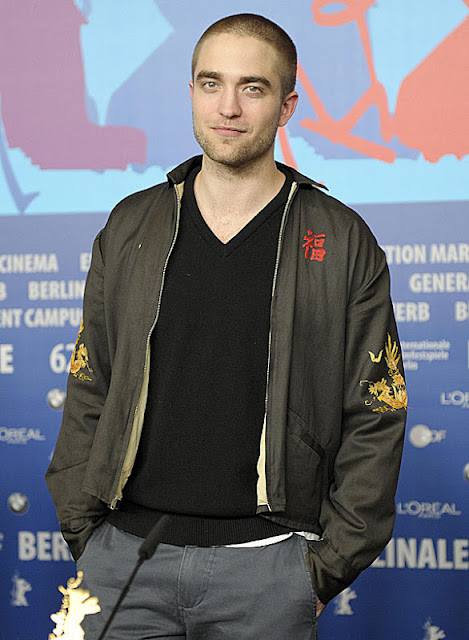 Once again, you have voted Rob as Best Dressed Man of 2012 according to GQ. Read what they had to say and who else made the cut.

Cosmopolis news keeps popping up here and there. The poster for the film was spotted during the Berlin Film Festival (at about :12) - and it looks like it's also landed a French release:


Pierre-Ange Le Pogam (French producer) placed the date of the new Cronenberg movie, with Robert Pattinson, on May 23rd in France. It will be its first release under the lead of Stone Angels. Cosmopolis will set the starting line for the distributor 'Stone Angels'. Indeed, Pierre-Ange Le Pogam's company just placed on May 23rd, David Cronenberg's movie produced by Paulo Branco. It's the adaption of the famous novel by Don DeLillo about the journey of a young multi-millionnaire that goes up and down New York in his limo. The main role was given to Robert Pattinson freshly out of Twilight.
The choice of this date might coincide withCosmopolis' presentation at Cannes which opens a week before. We will have an answer April 19th when Thierry Frémaux announces the 2012 selection.

And then there's the random. After Rob and Paul McCartney were spotted breathing the same air in Paris, Hollywood Life has come up with a theory:

HollywoodLife.com has learned through further investigation that the pair may likely have met to discuss Paul’s children’s novel, High in the Woods, that is set to become a major animated film — but is in desperate need of a lead squirrel!
High in the Clouds is about a young motherless squirrel, Wirral, who embarks on an adventure through the secret island of Animalia. Wirral only has his mother’s final words — and fellow animal friends — to guide him on his journey.