This is the second interview master post to make it easier for you to catch up on everything Bel Ami. For everything else, check out our previous post. 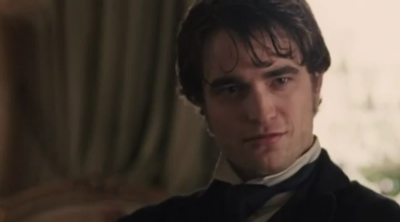 Holliday Grainger talks about Rob and how nice he was to his fans in Berlin - Read at Metro.

In this interview, Christina gives great details of what it took to get ready for the period film.

The directors did an introduction for a London screening and mentioned Rob (starting at about 3:30).

More of Christina talking Bel Ami and fans on set (behind the scenes video) with the AP, her interview with Xpose (more new scenes), and another new scene with Rob on Daybreak (UK).


Xpose: watch below or in better quality at their site.


Christina talks about working with Rob, filming Bel Ami, and there's some new scenes in this just released clip. Or watch below.

The directors talk to the London Evening Standard about Rob:


He read the novel and also a book I wrote about acting,” says Donnellan, 59, “and he insisted on four weeks of one-on-one rehearsal before we shot anything, which is unheard of in Hollywood. He wants to expand as an actor and he takes it very seriously. He has genuinely never said anything negative about Twilight but no one wants to be in a franchise for ever.”

We've posted bits and pieces from this clip. Now here's the full video from the Electronic Press Kit.

There's also two new interviews where the directors talks about working with Rob, and how they felt he really understood his character. Read and watch on STV. The second interview at The Herald. They're both a must-read!


Christina Ricci mentioned Rob while talking to The Irish Times. You can read that interview here. And if you missed, a couple of other interviews here.