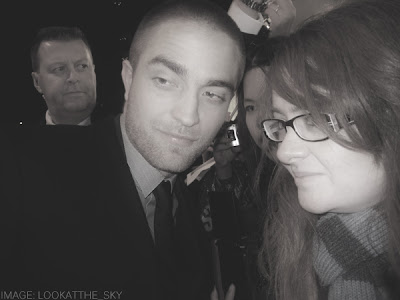 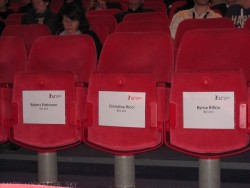 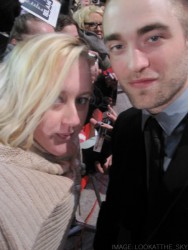 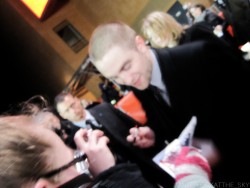 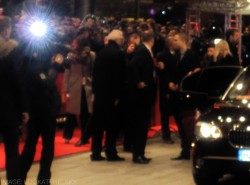 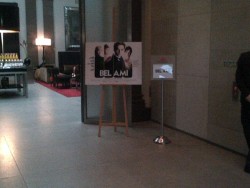 So I won a trip from England to Berlin via The Twilight Saga UK Facebook page By posting a rather embarrassing video of myself struggling to summarise the movies so far in 60 seconds. I was told I had one 3 days before flying out to Berlin. Everything was manic. We had a day of getting used to being in Germany and then the next day it was the Berlinale.

After heading on over to The Bel Ami junket to collect our bits, we headed back to our room to sort out ourselves, We had lunch, mooched through town and then headed to the Main Berlinale Venue. There was a band (no idea who they were but all the songs sounded the same) We went and stood over to one of the sides (which for some reason were empty) Other places had people already 3/4 people deep and waited for a while (around 3 hours) for Rob to arrive. He arrived at least 30 minutes before any of the other cast to make sure he could meet as many fans outside as possible.

He got out of the car and headed straight over to the side me and my friend were on. (AHHHH) When he finally got to me and Courtney, Courtney asked him to sign her Small Bel Ami card/Poster that a lady handed out to everyone. I then got a photograph, my friend then got a photograph. Then my friend realised her picture didn't actually take so she called him back to us and got another one and I too got my poster thing signed. Turns out that Germany can take the Essex out of a Girl because Courtney spoke ever so Queen like. The charm and manners seemed to work though so who's complaining. Once we had met Rob we thought we had better head inside to the screening so after trying to wade our way through the now 10+ people deep crowds we walked the red carpet and headed inside. It turns out we were sat with other Brits who found my general film knowledge to be very impressive.

After watching the rest of the Red Carpet arrivals and the cast signing their portraits that were on the walls inside the venue, everyone took their seats, The Cast walked in and Sat a row behind us (O.M.G), Rob's family were behind us and to the left. I have a feeling all the Brits got put near each other because we were sat right next to a few as well. The cast got up in turn and gave a wave to the audience. A lady introduced the film and the cast snuck out as the film began.

Once the film had finished and the credits had rolled (Film festival premieres are very different from general premieres), no one left me and Courtney (my friend) just sat starring at each other wondering what to do. The lights stayed down and the claps went on throughout the whole like 7 minute credits. Once the lights came up, The cast came on stage. The ladies received flowers and the announcer from before asked Rob a few Questions.

The premiere was so, so much calmer and more relaxed and smaller than anything I have ever experienced before. I really enjoyed it.