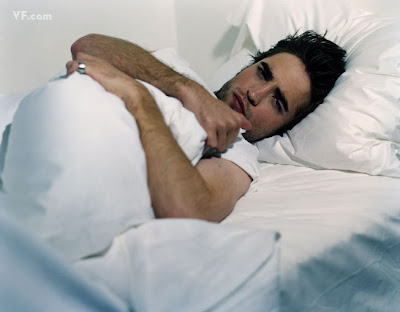 Vanity Fair sure knows how to pick them. After appearing in several issues of the magazine, Rob has made it to their Top Men list. 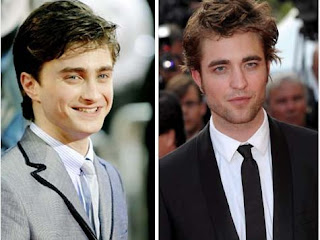 Daniel Radcliffe knows what fame can bring, in fact he mentions Rob while talking about it in a recent interview:


Does it seem weird that you said if you attach yourself to the project that it would get the green light?

This project was already far enough along and had enough people behind it, including the Hammer name to be getting it going, I was just the final thing that was needed.
You’re being modest…
I promise it’s not false modesty though. There are very, very few actors whose name you know… even people like me and Rob Pattinson, who are at the moment big names and bankable - whatever that means - there are very few actors whose saying yes to something would mean a green light for that film. I think probably George Clooney, Brad Pitt, and Johnny Depp, are the only three that have that kind of pull, and that comes from how they’ve had very long careers and are universally respected as actors and as professionals. So there’s a long way to go before we’re at that stage.
But it is also a very nice thing to know that you are going to be able to help get films made that otherwise might not get made. Particularly, I’m in a position now where I am very fortunate financially on Potter, so I don’t have to work for the money now, and I can just do things that interest me. I like the idea of not having to do stuff for the money, and if I want to, I can pick indie projects for the rest of my life and be quite happy doing that.

And it's quite easy to see why Dan and Rob are at the moment  "big names" - just watch him charm his way through this (now full) interview with The Hot Hits.

Email ThisBlogThis!Share to TwitterShare to FacebookShare to Pinterest
Labels: All About Rob, News