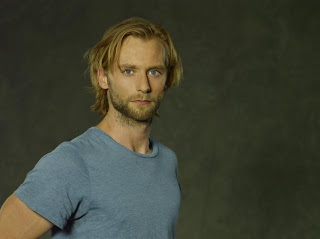 Joe Anderson talked about playing Alistair in Breaking Dawn Part 2 - and the fan encounters it led to, while filming in Vancouver:

"I hadn't even arrived at the motel and already there was fan mail. They figured out where I was going to be -- and I didn't even know. But every one of those letters was so genuine and so sweet."
The creepy stuff? That was saved for other actors. "A woman was standing outside the Sutton Place in Vancouver with a pair of scissors. She had flown from England to cut some of Robert Pattinson's hair for a doll."