Walmart has announced they will be celebrating the Breaking Dawn Part 1 DVD release with some goodies for fans:

Starting at 11 p.m. on Friday, Feb. 10, Walmart will throw the ultimate Twilight party with special giveaways*, movie trivia and a bakery stocked with Twilight-themed treats such as cupcakes and cakes. Walmart shoppers can also catch a cameo appearance from Rosalie Cullen on the retailer's in-store television network while waiting for the midnight unveil. 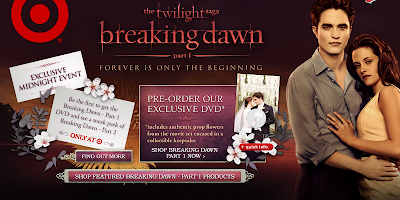 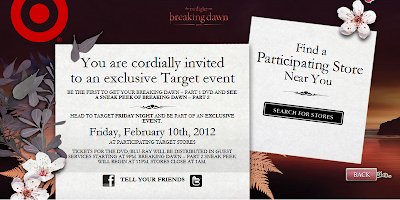 Find a store near you and let the countdown begin!