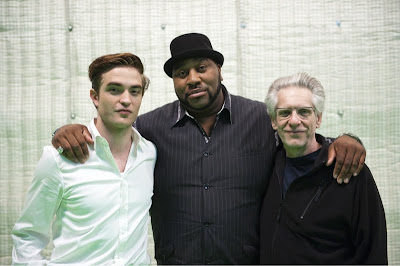 Goûchy Boy who reportedly plays Kozmo in Cosmopolis, shared this new picture from the Toronto set of the film that wrapped earlier this month. We love it!
He also shared this picture of him with K'naan, who will make an appearance in the film. We got the chance to see the talented musician play at Sundance this year, and were blown away by his lyrics from the heart. 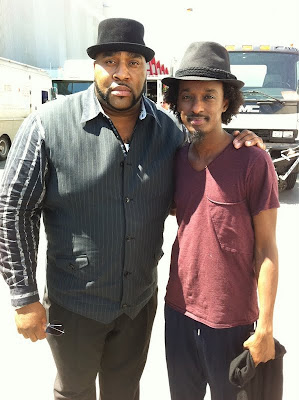 We were so excited when we heard Rob was working with K'naan, not only because he was the voice that gave life to the official 2010 World Cup anthem, but because he has such an inspiring story to tell. Don't miss him if he comes to your town.