Guess Who Showed Up At Jimmy Kimmel's Emmy Party? ;) 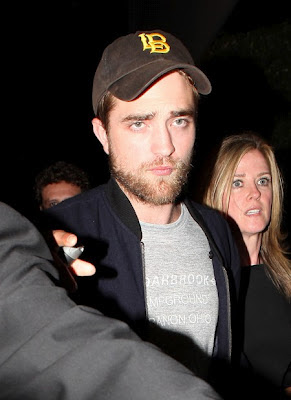 
LA Times
Jimmy Kimmel has received tepid reviews for his Emmy Awards hosting gig, but if you're counting the star support behind him? He was a smash.
Following his gig Sunday at Los Angeles' Nokia Theater, Kimmel shut down West Hollywood's Soho House, inviting winners and friends to join him at the exclusive space.
Robert Pattinson, dressed in his uniform of denim and a baseball cap, showed with a male pal and enjoyed conversation with a small group on the patio.


Marc Malkin has much more of Rob at the Emmy party and the dinner he attended the night before. Read it now.

And then there was this per People mag:

"At one point Rob approached Kobe to say hi and tell him he was a big fan," the source adds. "Kobe said the same right back to him!"