The Dior international press office in Paris explained to The Hollywood Reporter Wednesday morning that the so-called "reports" were just rumors and that no contract has been signed. They had no further comments. 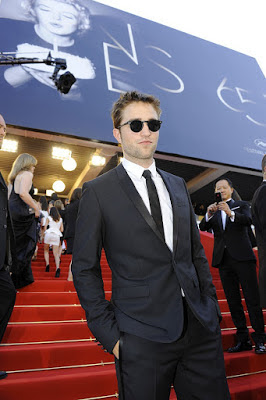 Pattinson will star in a series of ad campaigns for the French fashion house's line of men's fragrances.

"Rob likes the brand," reports a source, who estimates the deal at being worth close to $12 million for three years.

Other celebs who have endorsed Dior fragrances include Jude Law, Charlize Theron and Natalie Portman, who appeared in a controversial topless ad last year.

That got us thinking, what will the campaign look like? - here are some of the examples with other stars.

From what we've seen so far, Rob can carry Dior like no other ;)  so excited to see the gorgeous pictures/ads that no doubt will come out of this pairing. Congratulations Rob!

We've just heard from a reliable source that Robert is shooting the Dior campaign in London any day now (eyes peeled, ladies!). We also know it’s set to be a Moulin Rouge-style shoot in black and white. Appaz, Rob had no less than three offers on the table but chose Dior because it’s ‘classic and timeless’.

Email ThisBlogThis!Share to TwitterShare to FacebookShare to Pinterest
Labels: All About Rob, Dior, Projects