The official UK Twilight twitter confirmed today that a Breaking Dawn Part 1 premiere will take place on Wednesday, November 16th (no location yet). Rob is reportedly confirmed to attend, along with Taylor and Bill Condon. More details as we get them! 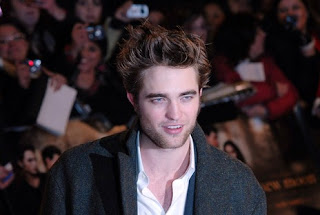 Rob is also scheduled to promote the film in Paris at the end of October. So much fun stuff to come!