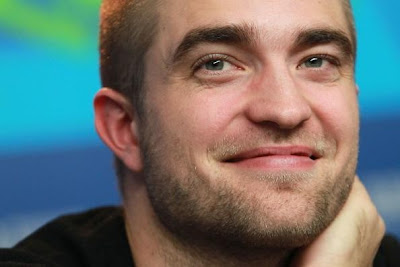 We'd be smiling too Rob..

According to The Hollywood Reporter, The Sunday Times (UK) will soon be publishing its 2012 list of richest British stars under 30. Guess who's #2?

Twilight star Robert Pattinson saw a bigger $12.7 million gain in his net worth over the past year, but comes in second with $63.6 million.

See who topped the list and more at The Hollywood Reporter.

Email ThisBlogThis!Share to TwitterShare to FacebookShare to Pinterest
Labels: All About Rob, Rich and Famous