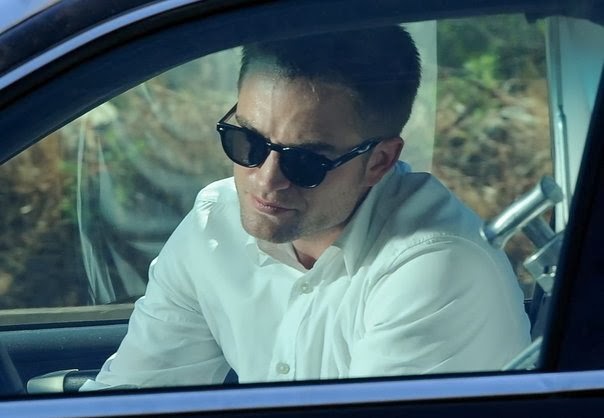 HitFix has put Maps to the Stars on its 'Most Anticipated' list of the year. They've treated us to the first official still of Rob as Jerome apparently the picture is from filming over the summer. Still pretty great that the film made the list:

Why: David Cronenberg is one of my favorite working filmmakers, so a new film of his is not never not going to be on a list like this for me. But I don't mind admitting that he's tested my patience of late: "A Dangerous Method" was elegant but insufficiently dangerous, while "Cosmopolis,' though well suited to his kinky side, was too bound to its source novel to soar. Will a Hollywood satire bring back his bite? The premise sounds promisingly silly. Cusack's a psychotherapist and parent of a drug-addicted child star. Wasikowska is his pyromaniac daughter, who befriends Pattinson's limo driver and wannabe actor. Moore is a star remaking one of her mother's films as she's literally haunted by the old woman, and so on and so forth. This could all go way out of control, but that's kind of what we want, right?

Read what other films are included at HitFix. via

Email ThisBlogThis!Share to TwitterShare to FacebookShare to Pinterest
Labels: All About Rob, Map to the Stars, News