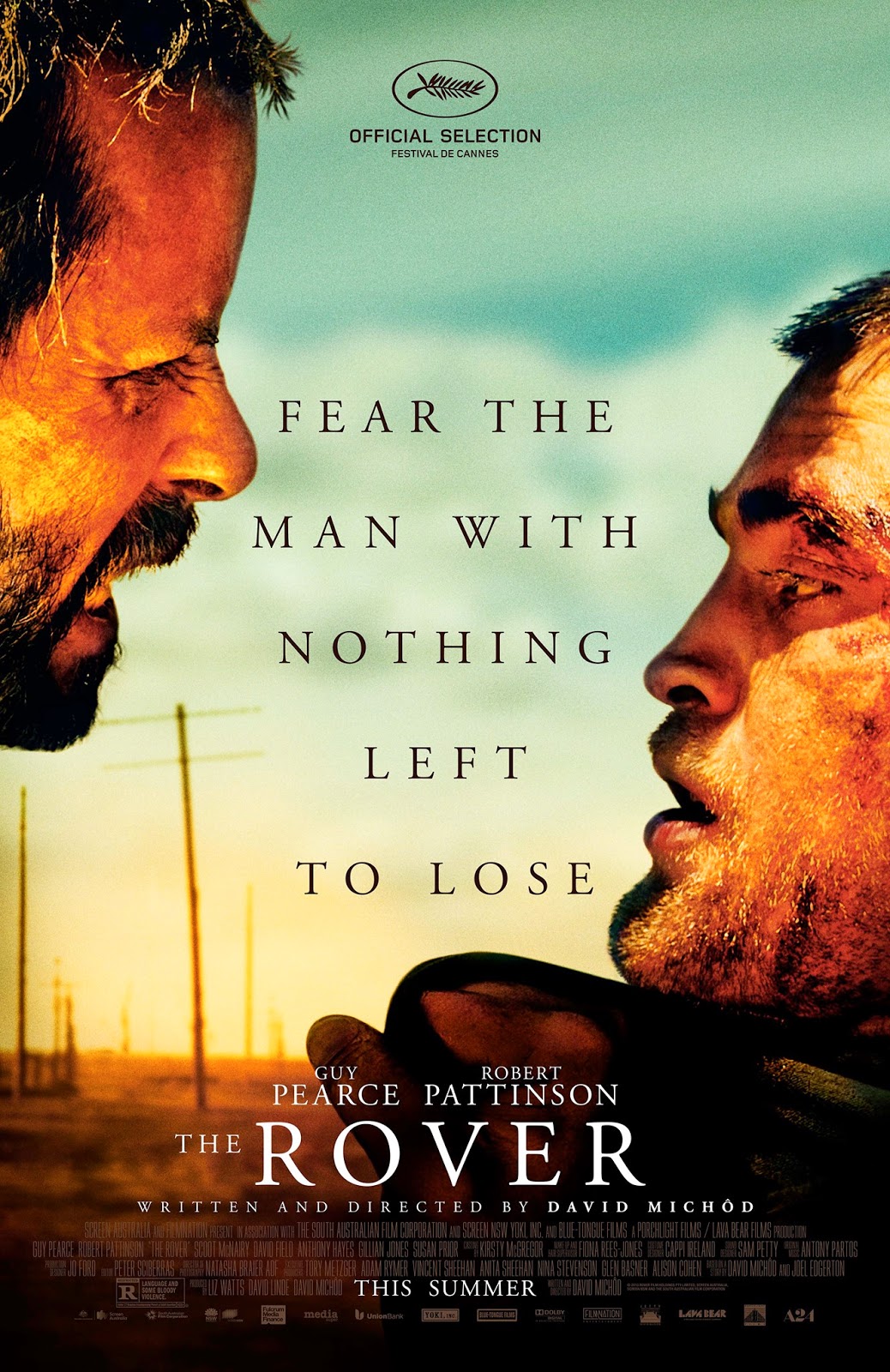 U.S. and French posters for The Rover (via) The film's director, David Michôd, has this to say about casting Rob and Guy:

How did you choose your actors?


I had Guy Pearce in mind from the beginning. We needed a man who was his age, who had a quiet and mysterious strength, who had is talent and his extraordinary attention to detail. I didn't forget the pleasure I had working with him on Animal Kingdom. Rob (Pattinson) came later. We met, I liked him a lot and then he did some screen tests for me, awesome tests, full of life, never forced or artificial, and it was done. And there is something very exciting in having the opportunity to show the world that a star underestimated and reduced to a certain image actually has a wealth of unexploited talent. I quickly found out that Rob is a great actor. And I look forward to everyone can realize the same.

If Guy Pearce's character is the "Rover", how do you define Robert Pattinson's?
He is also a "rover". Guy is a rover in the sense of "wanderer". But in classical English, "rover" is also used as affectionate term for a dog. Rob follows Guy everywhere, a bit like a lost dog would.

Email ThisBlogThis!Share to TwitterShare to FacebookShare to Pinterest
Labels: All About Rob, Promo, The Rover